A LITTLE HISTORY OF MURANO ISLAND
Murano is an island in the Venetian Lagoon,it lies about a mile north-east of Venice and is famous for its glass making, particularly lampworking.like Venice itself it is actually an archipelago of islands linked by bridges.Murano was settled by the Romans, then from the sixth century by people from Altino and Oderzo. At first, the island prospered as a fishing port and through production of salt.In 1291, all the glassmakers in Venice were forced to move to Murano due to the risk of fires. In the following century, exports began, and the island became famous, initially for glass beads and mirrors. Aventurine glass was invented on the island, and for a while Murano was the main producer of glass in Europe. 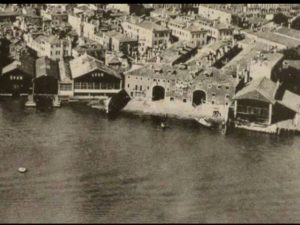 The island later became known for glass chandeliers. In the fifteenth century, the island became popular as a resort for Venetians, and palaces were built, but this later declined. The countryside of the island was known for its orchads and vegetable gardens until the nineteenth century, when more housing was built.Murano reached its golden age in the 15th and 16th centuries: it had 30,000 inhabitants (today there are only 5600), 17 churches, dozens of glassworks, a number of fairs and workshops and a great many important international personalities, who went there to familiarise with and watch the glassblowing. Attractions on the island include the Church of Santa Maria e San Donato (known for its twelfth century Byzantine mosaic pavement and said to house the bones of the dragon slain by Saint Donatus),the church is one of the oldest in the Venetian lagoon. It was originally built in the 7th century and is knownn to have been rebuilt in the 9th century and in 1040 AD, although it is possible that there have been more rebuildings in later times. Development of the interiors of the church and valuable relics are related to the legendary quarreling between the parishes of this church and neighboring church of St. Stefano which lasted up to 1125, when Doge Domenico Michele established the dominance of Santa Maria church by storing the relics of St. Donatus of Arezzo in it. The church of San Pietro Martire with the chapel of the Ballarin family built in 1506 and artworks by Giovanni Bellini, and the Palazzo da Mula. Glass-related attractions include the many glassworks, some Mediaeval and most open to the public, and the Glass Museum, housed in the large Palazzo Giustinian.
HISTORY OF MURANO GLASSWORK
Murano’s reputation as a center for glassmaking was born when the Venetian Republic, fearing fire and destruction to the city’s mostly wood buildings, ordered glassmakers to move their foundries to Murano in 1291. Murano glass is still interwoven with Venetian glass.Murano’s glassmakers were soon the island’s most prominent citizens. By the 14th century, glass makers were allowed to wear swords, enjoyed immunity from prosecution by the Venetian state and found their daughters married into Venice’s most affluent families. Of course there was a catch: glassmakers weren’t allowed to leave the Republic. 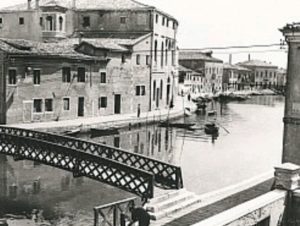 However, many craftsmen took this risk and set up glass furnaces in surrounding cities and as far afield as England and the Netherlands.
Murano’s glassmakers held a monopoly on quality glassmaking for centuries, developing or refining many technologies including crystalline glass, enameled glass (smalto), glass with threads of gold (aventurine), multicolored glass (millefiori), milk glass (lattimo), and imitation gemstones made of glass.
While Murano glassmakers have settled and operate elsewhere, some say authentic Murano glass is fabricated only in Murano.Today the artisans of Murano are still employing these centuries-old techniques, crafting everything from contemporary art glass and glass jewelry to Murano glass chandeliers and wine stoppers.Murano is home to the Museo Vetrario or Glass Museum in the Palazzo Giustinian, which holds displays on the history of glassmaking, as well as glass samples ranging from Egyptian times through the present day.The process of making Murano glass is rather complex. The glass is made from silica, which becomes liquid at high temperatures. As the glass passes from a liquid to a solid state, there is an interval when the glass is soft before it hardens completely. This is when the glass-master can shape the material. The other raw materials, called fluxes or melting agents, allow the glass to soften at lower temperatures. The more sodium oxide present in the glass, the slower it solidifies. This is important for hand-working because it allows the glassmaker more time to shape the material. The various raw materials an artisan might add to a glass mixture are sodium (to reduce melting temperature), nitrate and arsenic (to eliminate bubbles) and colouring or opacifying substances.Colours, techniques and materials vary depending upon the look a glassmaker is trying to achieve. Aquamarine is created through the use of copper and cobalt compounds, whereas ruby red uses a gold solution as a colouring agent.

We use cookies on our website to give you the most relevant experience by remembering your preferences and repeat visits. By clicking “Accept All”, you consent to the use of ALL the cookies. However, you may visit "Cookie Settings" to provide a controlled consent.Read More
Cookie SettingsAccept AllReject All
Manage consent

This website uses cookies to improve your experience while you navigate through the website. Out of these, the cookies that are categorized as necessary are stored on your browser as they are essential for the working of basic functionalities of the website. We also use third-party cookies that help us analyze and understand how you use this website. These cookies will be stored in your browser only with your consent. You also have the option to opt-out of these cookies. But opting out of some of these cookies may affect your browsing experience.
Necessary Always Enabled
Necessary cookies are absolutely essential for the website to function properly. These cookies ensure basic functionalities and security features of the website, anonymously.
Functional
Functional cookies help to perform certain functionalities like sharing the content of the website on social media platforms, collect feedbacks, and other third-party features.
Performance
Performance cookies are used to understand and analyze the key performance indexes of the website which helps in delivering a better user experience for the visitors.
Analytics
Analytical cookies are used to understand how visitors interact with the website. These cookies help provide information on metrics the number of visitors, bounce rate, traffic source, etc.
Advertisement
Advertisement cookies are used to provide visitors with relevant ads and marketing campaigns. These cookies track visitors across websites and collect information to provide customized ads.
Others
Other uncategorized cookies are those that are being analyzed and have not been classified into a category as yet.
SAVE & ACCEPT
Send your request
Chat on Whatsapp